The United States House Judiciary Committee chaired by Jerry Nadler, on Wednesday, voted to advance a bill that would repeal Donald Trump’s travel ban on Nigeria and other Muslim majority countries, and also limit the president from imposing future restrictions based on religion or worship.
Early this month, President Trump signed a proclamation stopping citizens from Eritrea, Myanmar, Kyrgyzstan and Nigeria from applying for visas to immigrate to the U.S.The House of Representatives, controlled by the Democrats, voted along party lines in favour of advancing the “NO BAN Act”, which was introduced after Trump imposed a new travel ban that included Nigeria, Africa’s most populous nation, and 5 other countries. Other countries that faced travel restrictions to the US include Iran, Libya, Somalia, Syria, Yemen, Venezuela and North Korea. 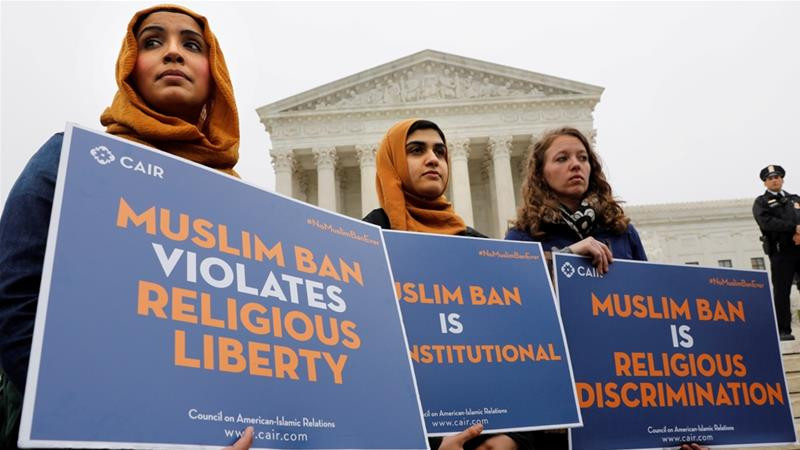 The American Civil Liberties Union (ACLU), a top civil rights group, welcomed the Judiciary House panel’s move, saying it sends a message to Trump that Muslims are welcome to America.“Congress took a huge step forward today, sending the message to the president and the country that Muslims and other communities of colour are welcome here. Now that the bill has passed out of committee, we look forward to its swift passage in the House without any further changes,” Mana Waheed, senior legislative and advocacy counsel for the American Civil Liberties Union (ACLU) said in a statement.“We must end these bans and prevent presidents from using rank prejudice to discriminate against black and brown people,” Waheed added.
The ‘NO Ban Act’ would overturn Trump’s travel ban and prevent the US president from establishing future restrictions on immigrants to the US unless the administration provides strong evidence before Congress.
CULLED FOR LIB
Facebook
Twitter
Pinterest
LinkedIn