Slovenia’s prime minister, Janez Janša has congratulated US president Donald Trump, for ”winning” the 2020 presidential election before the election result has been confirmed.

The presidential election results are still being collated but results show Biden winning even though Trump has a major lead in key battleground states.

Trump has already claimed victory and threatened to go to the supreme Court to contest the results while Biden has urged his supporters to be patient.

“It’s pretty clear that American people have elected ?@realDonaldTrump@Mike_Pence
? for #4moreyears. More delays and facts denying from #MSM, bigger the final triumph for #POTUS. Congratulations ?@GOP? for strong results across the #US ?@idualliance 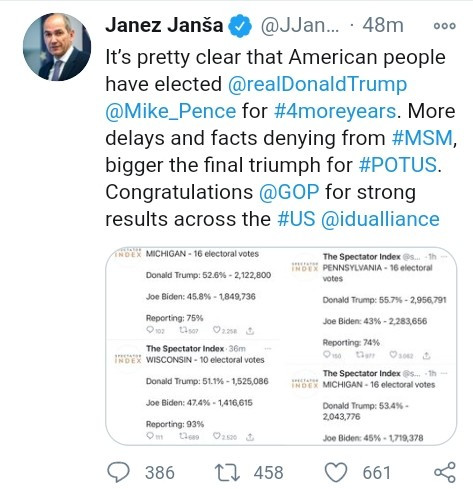 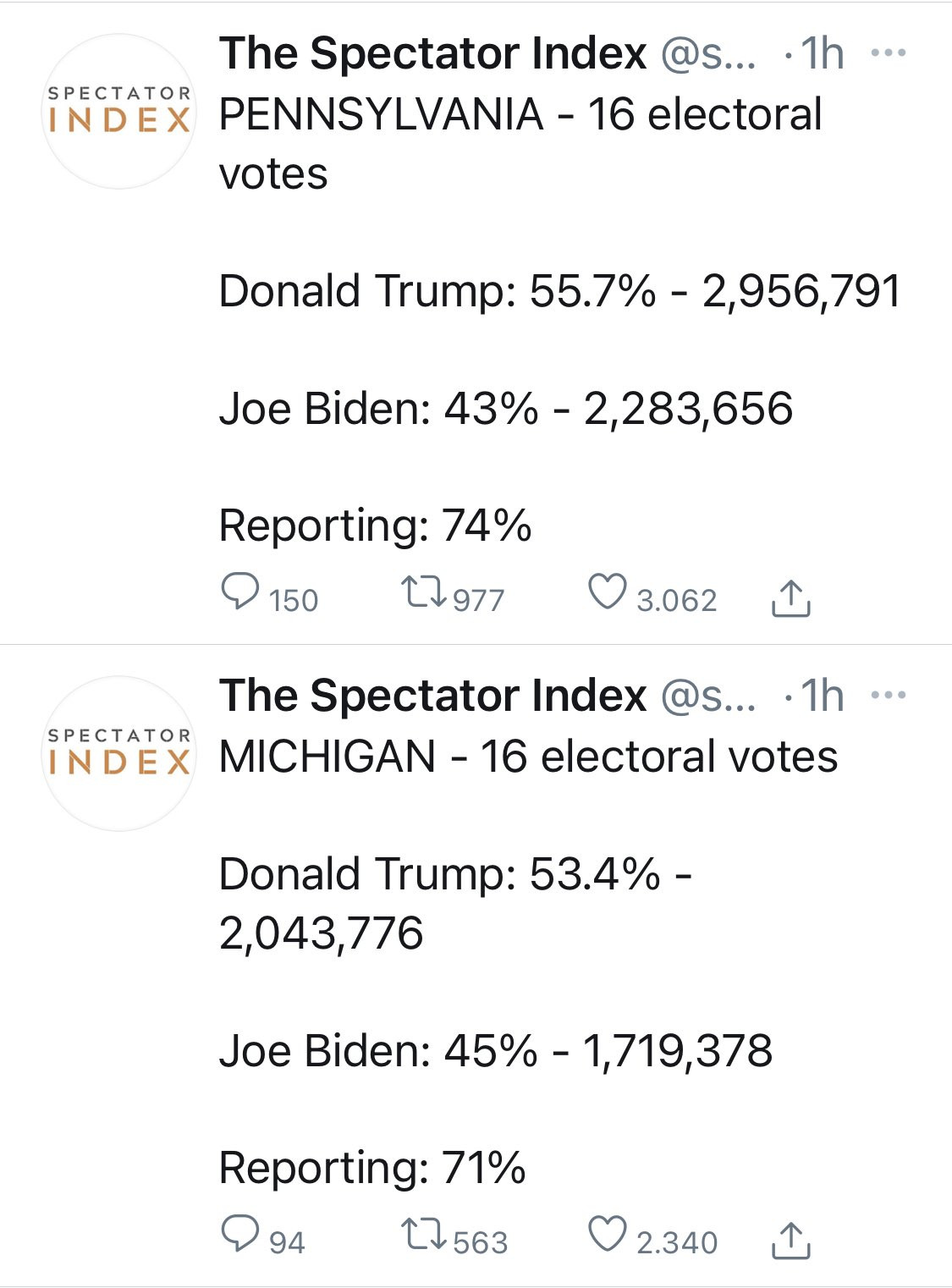 A final verdict on who wins the presidency could take days or weeks depending on how the vote-counting, recounts and court battles play out.

Enjoy your weekend with this 😂😂😂

"In Rome... the soldier's pay was originally salt

Viruses can also be infected by viruses.

The original name for the butterfly was 'flutterby

6 hours ago
× Join our WhatsApp TV