Facebook CEO, Mark Zuckerberg has denied having any type of deal with US President Donald Trump, after the social media company refused to toe Twitter’s line by fact checking and censoring the president’s social media posts.
Zuckerberg’s comments come in response to mounting concern over his relationship with the president, which has remained cordial despite worries about the president’s use of social media.
In 2019 Trump hosted Zuckerberg for a secret dinner at the White House. The dinner came just a week after Zuckerberg made a speech confirming that Facebook would not fact-check political ads. 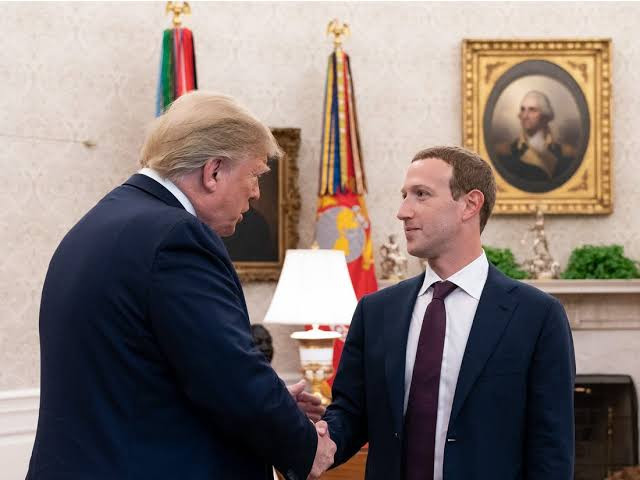 Facebook’s refusal to remove Trump’s response to protests in Minneapolis against racist police violence where he said “when the looting starts, the shooting starts” has cost the company.
There has been employee walkouts and advertiser boycotts because of the company’s stance.
“I’ve heard this speculation, too, so let me be clear: There’s no deal of any kind,” said Zuckerberg on Monday while reacting to rumours of him partnering with Trump.
“Actually, the whole idea of a deal is pretty ridiculous.” he added
Roger McNamee, a venture capitalist who was an early investor in Facebook, told The New York Times last month that he believed the two billionaires had a deal or agreement. McNamee said the arrangement was “probably implied rather than explicit” and “highly utilitarian,” but mutually beneficent all the same.
“It’s basically about getting [Facebook] free rein and protection from regulation,” said McNamee. “Trump needs Facebook’s thumb on the scale to win this election.
Facebook
Twitter
Pinterest
LinkedIn